I was responsible for designing the Houston Climate Action Plan’s logo in addition to their materials to be handed out. This was a project very near and dear to my heart as sustainable practices and the green movement are a passion of mine.

The package included a double-sided one-pager to generate awareness and provide information and a corresponding postcard to gauge interest. Both have been translated into Spanish, and the one-pager has gone through four revisions for different stages of the program.

I was also in charge of creating the 80-page official document to join the ranks of City Climate Action Plans with cities such as Los Angeles, New Orleans and other major metroplexes. However, when the project was at 95% completion, the city council decided the document should match its already finished sister document, Resilient Houston, and they changed direction.

The final document for Houston includes several elements from my original design such as styles, tables, and infographics.

The below images are from my original 80-page document. 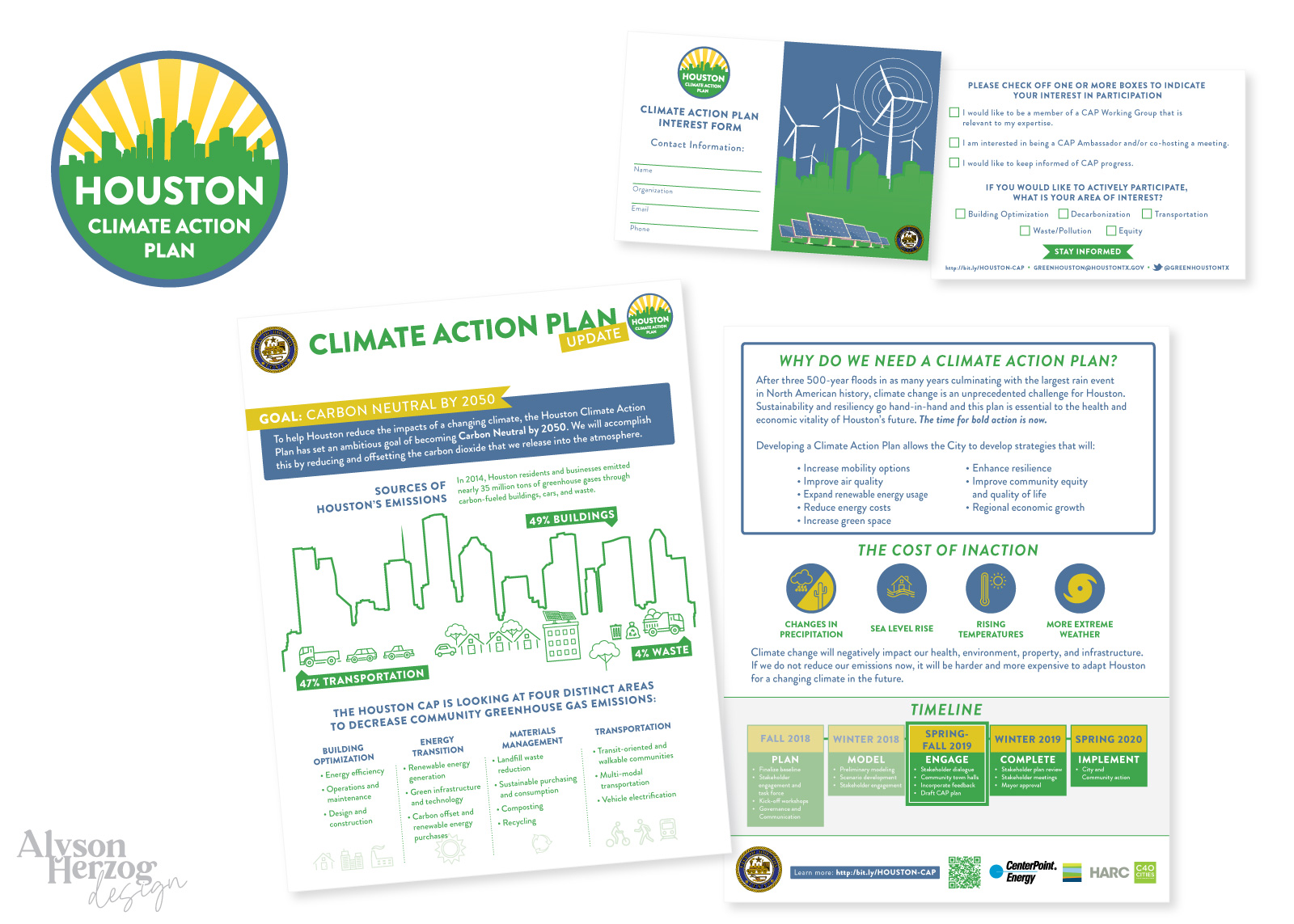 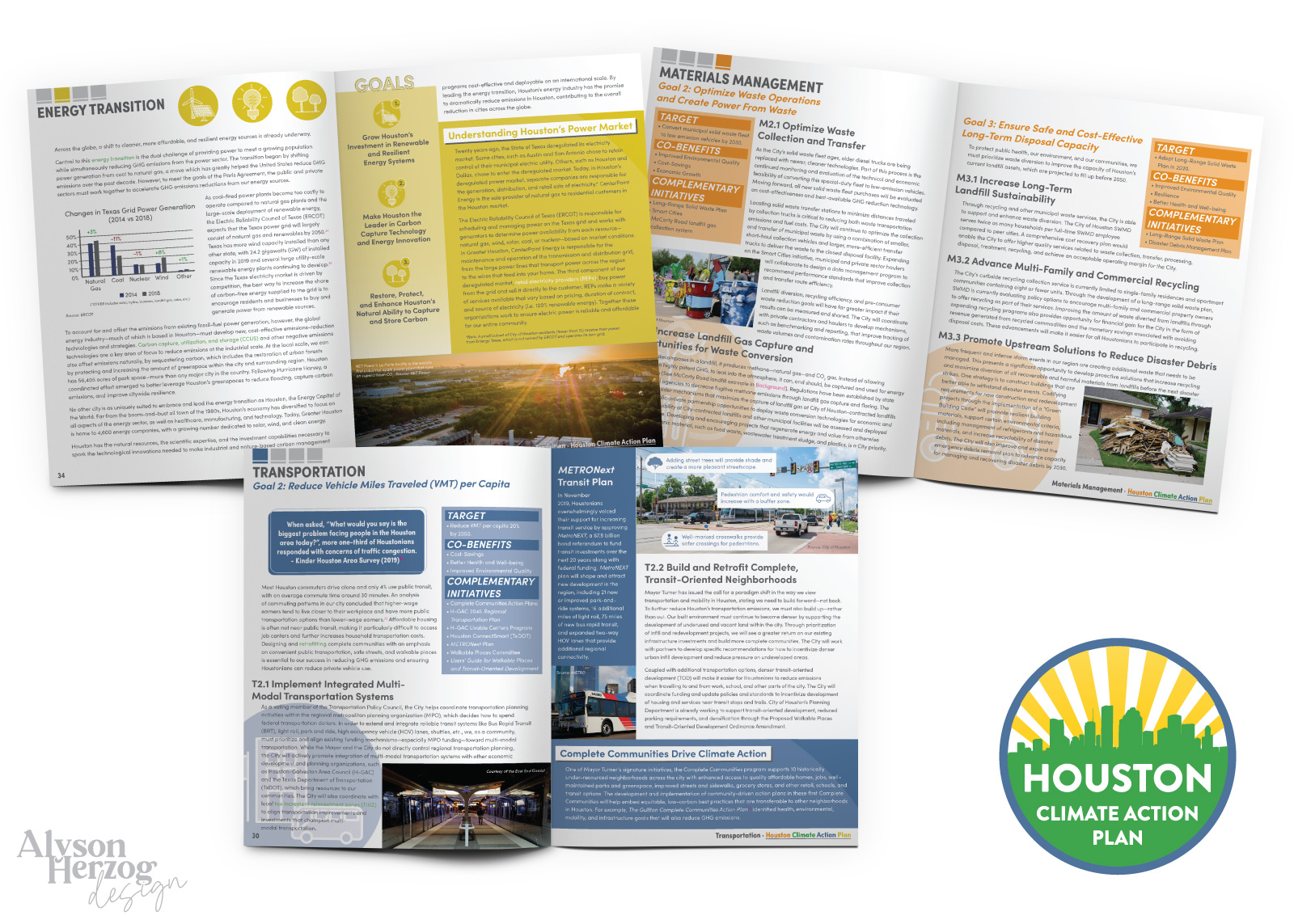